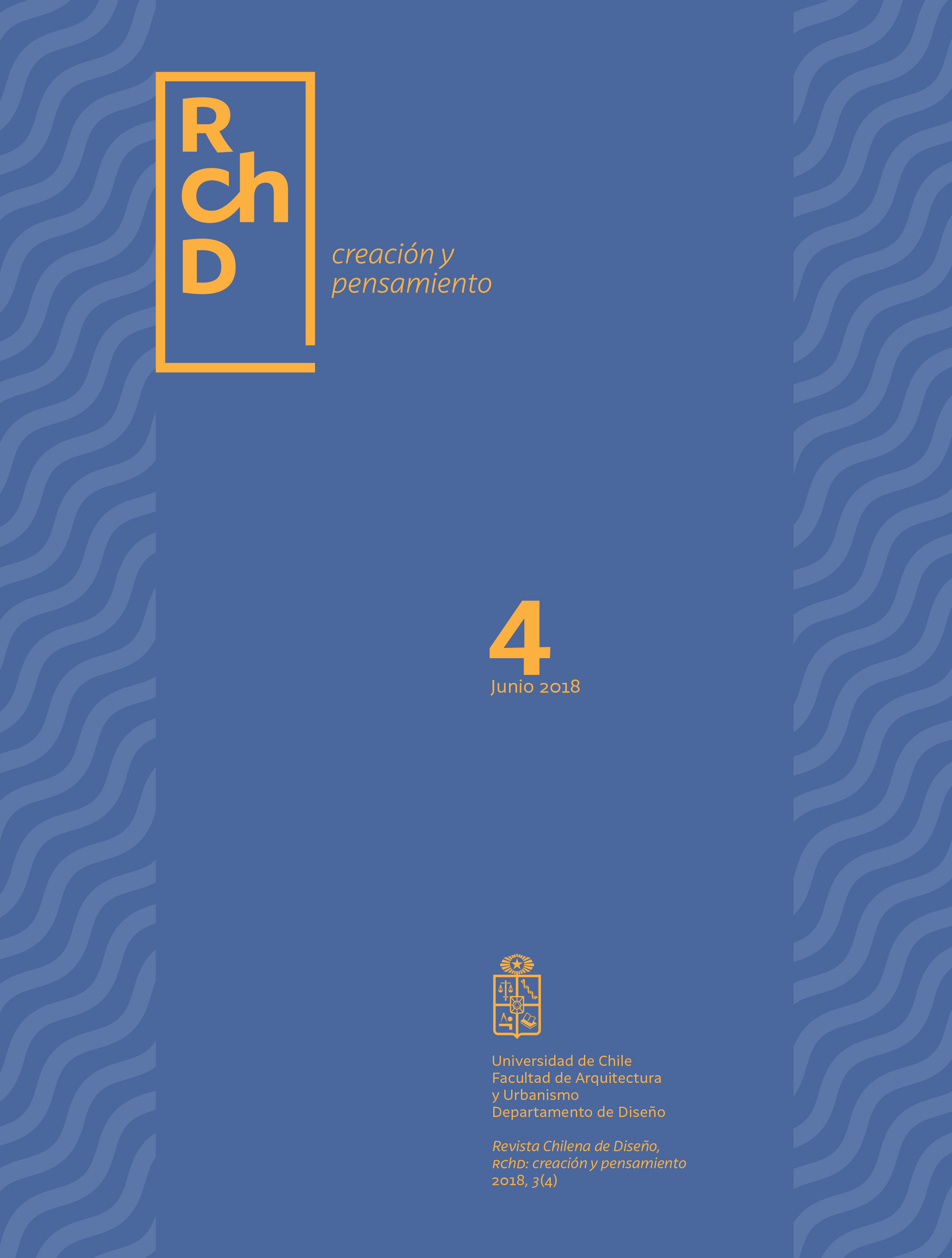 The Journal “RChD: Creación y Pensamiento” is a bi-annual, non-profit periodical published by the Design Department of the Faculty of Architecture and Urbanism of the Universidad de Chile. Its objective is to promote and contribute to research, creation, critical thinking and reflection, linking humanistic and scientific knowledge about the discipline of Design; as it is a publication that is born and developed within a public institution, it is proposed as a space of participation open to the entire community of researchers, teachers, creators and students, who will be able to find in the journal a means of dissemination, as well as a source of consultation and documentation for academic study and transdisciplinary practice.
The issue is dedicated to Emotional Design, having Prof. Dr. Ruben Jacob-Dazarola as a guest editor. It had peer reviewers who are part of the DIOPD, such as Deger Ozkaramanli and Simón Jimenez Jaramillo; and DIOPD alumni, such as Diego Alatorre Guzmán, Emilia Louisa Pucci, and Damián Abarca Peiró. This issue has the participation of Juan Carlos Ortiz Nicolas, Santiago de Francisco Vela, Mafalda Casais, Natalia Romero and Valentina Rognoli and Camilo Ayala García (from the POLIMI associated to TU Delft through the Material Experience Lab with Elvin Karana)
https://rchd.uchile.cl/index.php/RChDCP/issue/view/4894
The approach generically called “Emotional Design” has been progressively developed in recent decades, specifically since the founding of the Design & Emotion Society in 1999. In addition, the sustained presence of a large body of research in high impact journals in the Design field has given this area an academic validation at an international level.
If Donald Norman and his book “The Emotional Design” (Norman, 2004) were the keys to making this approach to Design known massively, thus permeating future users, manufacturers and the various agents that form part of the Design cycle, it was the work done in the academic context by figures such as Pieter Desmet, Paul Hekkert, Hendrick Schifferstein, Ruth Mugge or Marco van Hout among many others, which was equally relevant for the establishment of the academic basis of the approach, contributing in a relevant way to its credibility, permanence in time and depth, as well as to the constant proposal of new views within the field of design and emotions, which allow us to remain optimistic about its near development and its contribution to the discipline.
The relevance and topicality of this approach make it pertinent for RChD: Creación y Pensamiento to dedicate its most recent issue to the themes of Emotional Design through original academic research articles. In this issue of RChD: Creación y Pensamiento these and other different topics related to the emotional approach to Design are addressed in a special way by the different authors who have contributed their work to the thematic dossier.